Painter Norman Steigelmeyer came all the way from San Francisco to where I was living north in Bolinas, California, in about early 1964, to tell me he’d found a real Zen Master. 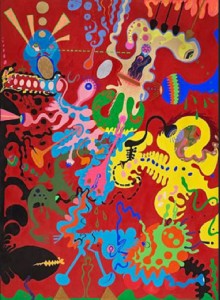 The first time I went with Norman to the Zendo on Bush Street and sat an hour and heard the chanting of the Bodhisatva Vow to let all creation become enlightened before oneself, but enlightened, I became determined to move back to San Francisco. Suzuki Roshi, shaven, compact, in his brown robes, in a dimension of supreme and attentive calm, moving with utter concentration, peacefully open, unobtrusively authentic. cheerful. I’ve never heard anyone speak with such evenly flowing cheerfulness. I’ll sign on for that.

I sat in Zazen for about a year perhaps, living off of Divisadero street, walking across Geary Boulevard to Bush Street in the early, foggy mornings, attending his Wednesday night lectures, where he spoke slowly, carefully and precisely of the landscapes of profound and pleasant sizzle that open up from being in a constant state of meditation. I never took formal Buddhist vows, while others, more unencumbered and serious, or more encumbered and desperate, had. I never rolled tatami mats out on our floors, or burned sandalwood incense incessantly. But I sat every morning there or at home, on a tight black Zen cushion, for years after I moved to Boston, Mexico, and back to Berkeley — where our Floating Lotus Magic Opera Company also meditated in Zen fashion, and we had our audiences meditate in total silence after our cathartic chanted pageants.

I sat with Suzuki Roshi once on the balcony of the Buddhist Center auditorium, and a giant movie screen was hanging down blank from the front into the darkness below. This was during a full-day of sitting periods, known as sesheens, and this was the one-on-one with Suzuki. It was just he and I, face to face. He asked me if I had any questions. Wary of asking any, having heard so many Zen stories of bushwhacked disciples, I said, probably just as unwisely: No. He remained silent for a moment. Then looking out over the space said, “Our minds are like that screen. Blank. Thoughts cross them and pass away.”

During one of his Wednesday night talks, he once said something like, “It’s not that we don’t believe in God. It’s just that we don’t talk about it.” That was my practice. I don’t remember ever giving up my belief in God, Zen being the sitting to taste the enlightenment of the Buddha, not merely to go through the outward physical and and even “outwardly” mental motions.

When I was about four or five years old, a boy came down the sidewalk from church, and ran up to me to show me a card that had a “picture of Jesus” on it. Fair-skinned, soft brown hair, halo. I turned and ran off, shouting, “Nooo, he doesn’t look like that!”

I was in London living in the Sufi community, when I heard that Suzuki had died. I heard later that his spiritual heir, Baker Roshi, asked him on his deathbed if they’d meet again. Suzuki, too weak to talk, simply rotated his right index finger round and round in a circle.

He left all the incense one might need in a life. He was a wali of Allah in the true sense.

“Treat every moment as your last. It is not preparation for something else.” 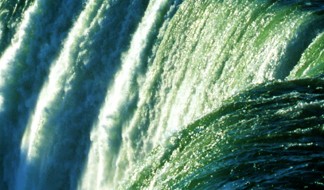 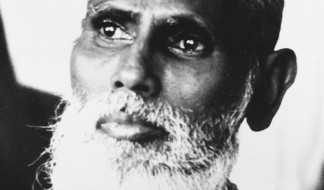 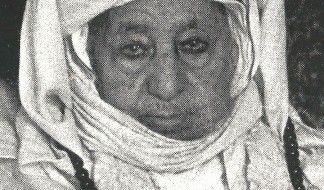 It’s always a difficult thing to talk about enlightened saints. One must be a little…