The collages on display are works I have been doing for the past six or seven years, and in particular for covers for my Ecstatic Exchange books of poetry, a vision I had at the inception of publishing them as a series of white covers with collage insets. Sometimes I finish formatting a book and then attend to making a collage, and at other times use collages already made, in which I enter a zone of serendipitous creativity, with piles of National Geographics and Aramco magazines, among others (Architectural Digest can also come in handy) and with a trusty, sharp X-Acto knife (they are all done in the old by-hand traditional manner, even to the feathering edges of ferns and, well, feathers…) set out on the open sea of the apt image to see what will come. As when entering a poem from a given first line in the middle of the night after just waking, with a murmuring poem in potential waiting to emerge from below that line, finding a basic photographic piece for a collage (something with perhaps open space, or evocative landscape, etc.) and then taking leads from its colors, shapes, imagery, into the spinning world of meanings, I give up self-direction as much as possible, and in the case of a poem, listen, and in the case of a collage, watch, wait, and pounce! Carve with the knife, paste with the glue stick, stand back and hope for the best…

Perhaps collage is looked upon as a lesser art, although I would cite Max Ernst and the master of all, Jess (Collins), to back up its pedigree. True, in the 60s, with a milky bottle of Elmer’s glue and a pair of scissors, many folk in various states made collages of various complexities, and their creations seemed to answer their inner visions. Perhaps also, from that era as I am, I’ve favored the collage to most represent what I hope the poems also convey, an ecstatic Sufi delight in this and the next world, in which many things happen at once and with a thrilling sure but seeming haphazardness, and a glorifying of the Master of both worlds, of which all else is a somewhat transparent mirage.  Mirage Collage… ah, a bell ringing!

(As for imagery in Muslim art, pervasively conservative in some cultures and more liberally defined in others, I would say, with all due respect to scholars more deeply schooled in fiqh [scholarly guidelines] than myself, these are not meant to be icons to idolize in worship, nor do they cast shadows as sculptures for that purpose might be, and as in the ayat [signs, verses] of The Poets in the Qur’an, who are critiqued, except those who “have great faith, do right actions and remember Allah repeatedly,” [Surah 26, 224-226], these are imageries intended to glorify the Creator, in even sometimes perhaps bizarre ways, Whose creation, to us, is sometimes truly bizarre, and posit a way of illumined perception in our lives, to the extent that it may be possible under my knife and what treasures of coincidence and a burst of imaginal rightness the dimension of inspiration flipping through piles of magazines might bring. But Allah knows best…) 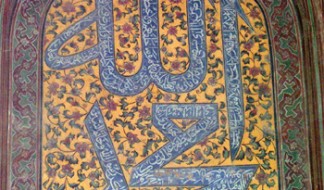 I became a Muslim when it seemed I had already accepted Islam in my bones, as if bey… 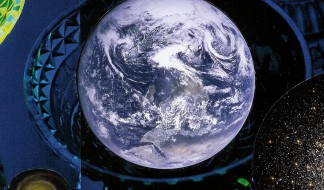 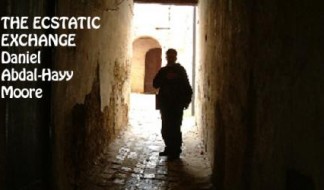 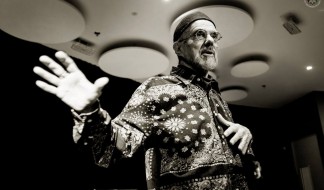 Home / Blog / A Word About Collages