“Love is a Letter Burning in a High Wind” is certainly amongst Moore’s most spiritual and colorful works. Written whilst traveling in Turkey in 2003, the overwhelming enthusiasm that travel can bestow upon you is felt very strongly here — not so much in lush, geographically descriptive sentences about Turkey (although there is a little of that) but more in the overall mood and heart of the poems. His usually abundant wit and sense of humour are not as prominent, replaced with awe and wonder (“Did a Window go up?”); truly happy emotion seems to be constantly attempting escape from the pages. It’s the air of something praising, the sound of a heart overflowing,

The book opens with one of his most well-known poems, “On the Road to Konya,” which, for me, is bound and tied in theme to the following line about the creature Buraq from the brilliant poem “I’ve Fallen in Love with a Lightning Bolt,”

But the mere contemplation of it excites the heart to
visionary brightness.”

What we find in those lines, “On the Road to Konya,” and later in “Little Tiny Drops of Water,” is a very deep concept indeed, one which reminds me of the discourse of Shaikh Al-`Alawi in Martin Lings’ brilliant work “A Sufi Saint of the 20th Century.” Essentially, what you believe or do not believe is not important. What “they” happen to believe about you is also unimportant. If you choose to act or not to act, the truth will still be there. If you take a rest under a tree because you’re “tired of all this talk about God,” it’s not going to stop the tree from being a divinely created work of art. Answer? Perhaps it’s as simple as, “Stop talking!” Be quiet, meditate in prayer, read, and let go of the things you’re bursting to say.

Writing as inspired as this is a launch-pad for your heart. You will be hard-pressed to find a spiritual poet alive who writes with more conviction and imagination than Daniel Abdal-Hayy Moore, and in this relatively quick-read, you’ll find ideas, scenes and feelings that serve as reminders of just how great it feels for those brief, fleeting moments where we truly break free, when our souls are released, and pure happiness flows. 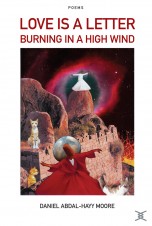 Love is a Letter Burning in a High Wind 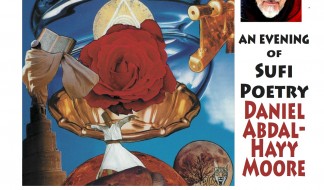 This was a sweet poetry reading in a chapel in Point Reyes used for cultural events.… 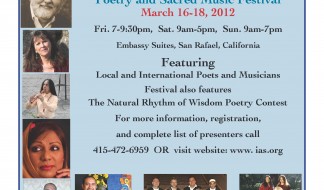 Poetry Poster from the Sufi Symposium 2012

I‘ve read poems at three or four of these gatherings, visiting our old community bro… 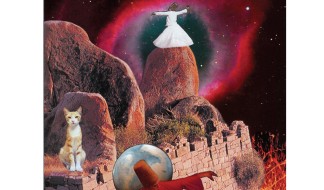