In 2014, a great wali (saint) of the Moroccan desert died, at a very advanced age, I believe well over 100 years old, a faqir of Sayyedina Shaykh Muhammad ibn al-Habib, rahimahu ‘llah, of the Qadiri, Darqawi, Shadhiliyya Habibiyya Tariqah (Sufi Path): Sidi Muhammad Belkorshi of Turug. American Scholar, translator and educator in Marrakech, Abdurrahman Fitzgerald said of him: He was a person already dwelling in Paradise, gazing upon its splendors and endless greenery, even while his poor old body still seemed to be in this world. Al-hamdulillah we were able to meet him and catch a glimpse of his light.

One of the English fuqara (disciples) of our community took a small group of the early Spanish fuqara to Turug to see Sidi Muhammad. They arrived at the desert zawiya and a man came out to take their bags and bring them in out of the heat. He made them comfortable and went to a corner and started making mint tea, the brazier, the teapot, the bushel of fresh mint, the cone of raw sugar, and when it was made poured it into the glasses and brought them to the fuqara and went back and sat in the corner. Some time passed this way, and finally one of the Spanish men said to their guide, “When will we meet Sidi Muhammad?” Their guide pointed to the man in the corner. “That’s him.”

This is the state of the Muslim wali, venerated not for their person, but for their true piety and closeness to Allah ta’ala, the light of their example though they may remain humbly anonymous, active for Allah’s sake alone. He made no claims in all the time of being who he was, yet others saw and respected him for what he would not claim for himself. He served guests, greeted strangers, looked after his community. But many fuqara, and unfortunately I never had an opportunity to be among them, would make the long and difficult journey just to be in his presence, and take away not photos (he rarely allowed anyone to take a photograph of him), but an awed and reverent account of their meeting. He was, it seems, one of the hidden ones. Hidden in plain sight. May Allah ta’ala be pleased with him in the highest of Firdaus. And may we one day be in the like of his company again.

WITH THE SAINT AT THE WINDOW 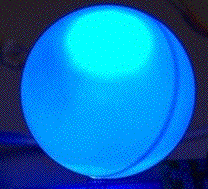