(NOTE: At first I had no intention of writing a poem about the event, and was bereft of thoughts toward any poem, stunned as everyone, with convulsions of feelings. The first part above came as metaphoric, irrational, that I now see in aspects of our essential transience, ourselves and our buildings, gone in a flash… the first shock I think we all felt in some way. The great New York fortress of permanence and wealth, now vanished. Then Madame X, like the nobility of the French Revolution, summarily executed, justice waived, a sudden blow to the grand ball of American might, now irrevocably vulnerable. But these hard and emblematic images are not the human story of actual deaths that day, taken up in Part 2.) 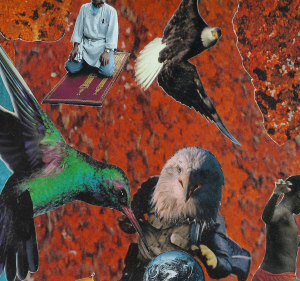 Imagine the precise and daunting gears and
levers of the decree that led to all those innocent
people meeting death at the World Trade Center in
New York September 11, 2001
all the little accumulating gestures and maneuvers that
put them at their desks on schedule in time to die
the horrific fireball of the angel of death who may have
appeared to them all at the last as
cool refreshing waterfalls of light or open
delightful corridors leading to emerald green
gardens so bright with joy they forgot completely
how they got there

(NOTE: This section is thinking the unthinkable, that those who died that day were us, in so many ways, but in deeply personal detailed ways, which made it all the more raw and poignant. This was our American Tragedy, inflicted by a concatenation of rationales, but suffered wholesale by innocents. But by our beloved Prophet’s statements, peace of Allah be upon him, such deaths warranting Paradise, while “ironically” the opposite for such idealogue perpetrators, deluded that such a Paradise is for them. But Allah knows best.

This morning musing on the enigmatic first part of this poem, I thought about the goats left in the buildings’ void, and recalled, for the first time all these years later, the words of the Hadith regarding Signs of the End of Time that one is “ragged herders of goats vying with each other in building tall buildings…” or words to that effect. 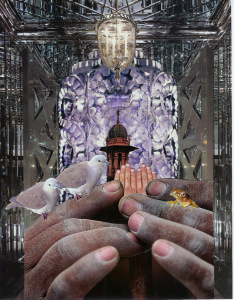 drawing back within it the
essence of their beauty

(NOTE: This third part may seem redundant of the second part, but in retrospect it seem I may not have felt I’d quite thrown myself inside the people lost with enough empathy, and have now doubled down, as it were, on our essential humanness, the spirit of humanness. As Whitman said, “I am a cosmos,” and as Allah in the Qur’an has stated, “if someone kills another person — unless it is in retaliation for someone else or for causing corruption in the earth — it is as if he had murdered all mankind [5:32],” and the Sufis say, “Man is a little cosmos, and the cosmos is a big man.”

So this section of the poem is a rhapsody of the innermost reality of each person born, which we all instinctively know in our own humanity, and can clearly see and know directly through the vision of our hearts.) 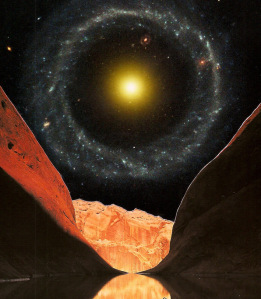 This is the music space
we hear it this very moment

And one single note is enough to fill it

And silence itself is part of it

(NOTE: I first read this poem in its entirety in public at an event produced by the New York ASMA Society in Grace Cathedral, January 19, 2002, Reflections at a Time of Transformation. Faced with the unspeakable, with some people shocked out of their beliefs and others suddenly unjustly held responsible for having beliefs (and I don’t mean the fanatic ones), this final part lifts into another realm, a music space, with the first three parts providing its human foundation, with God willing a sense of His overarching Majesty and Beauty over all.) 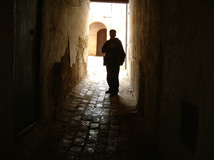 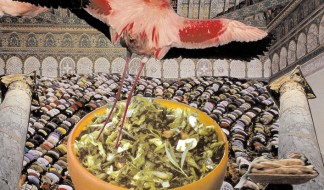 New But it is We… 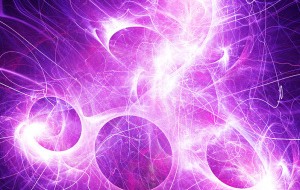