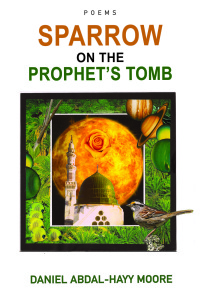 All the historical pantomimes
that spelled out subtitles in fractured rhymes
under the movie that unrolled forwards or backwards
were resolved in a blink by the spark of the falling swords
as they clanged into the tree-trunk at the end of time
to signal the cut-off point of the nonsensical pantomime.

A large round table in a large square hall
where men in uniforms stood before their fall
and unrolled a map of the world laid flat
and passed a pencil from one hand – fat
and pudgy with excess of pork in their diet –
to another to draw outlines in a universal riot
of borders and frontiers and nationalities crazed,
then shook hands and sniffed importantly,
leaving the peasantry dazed
for decades in hemmed-in contraptions of death
that counted off heartbeats and charged rent for each breath.

Kaisers and kings and presidents and führers,
shoulder to shoulder under portraits of ancestors
in a chandeliered hall in Vienna, Austria,
an old world country with shelves full of china
and invisible cobwebs behind beer-mugs and plates,
and visible dust on the map of new states
as they left the table to the drawing-room cigar
as flames caught its edges and began the scar
that ran its wound through the human heart
separating mankind into one cubby-holed part
next to another, like several square pigeon-coops set on the globe
as it turns slowly eastward in its cloud-lined robe.

The life of this world
is just a series of skeletons dancing in the dark.

The life of this world
is a series of skeleton keys opening different doors.

THE FEW WITH ELEGANT MANNERS

The few with elegant manners came as if alighting from horses,
they stepped down and gathered folds of radiance around them
as their feet hit the ground which showed no footprint below them
for it was not solid ground beneath them
— the footprints in dirt were for those
who saw it as gross and solid beneath them —
they went on, straight-backed, to their places
and stood patiently waiting, but their waiting was bird-flight,
wings in the wind, all the flurry of wing-tips that ever
flew in the world down below
fanned now in the air of their waiting.

Their faces were moons assembled on cloudless horizons,
their eyelids were shields drawn down over inward gazes,
their hands rested at their sides, relaxed and pulsing,

no terror shook them, as promised,
no last-minute griefs or regrets,
no sudden anxieties to go back to do something differently.

They cast no shadows as the sun bore down upon them,
shaded by the Throne that stood
immaterially before them.

These were the Chosen Ones