Embedded in the Velvet is the Thorn

I’d count the number of streaks tears make down cheeks
from eyes brimming over at almost nothing at all
a memory suddenly spotlit among the tightly-squeezed
coats and trousers of an incident thought lost forever
among the shapeless sand dunes of time oh ho!

Those zebras and those black and white stripes over there
which came first the event or the
explanation?

If you think getting born is bad try dying!

And I have nowhere to go I must go to

See how these worlds are revealed as it
passes on leaving its
reality trails behind these
tumbling sentences like acrobats in His
happy circus?

I want a rose right now to disappear into
forever

Shout to me from your distance

Whisper from your nearness

Listen with your eyes coming to flower

Nowhere’s coming this way
and no one’s there 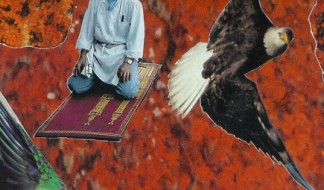 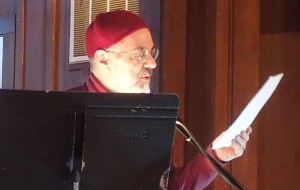 Home / Poems / Embedded in the Velvet is the Thorn