Mahmoud Darwish: The great Palestinian poet who died August 9th, 2008, from complications arising from an open heart surgery operation in Texas, flown back to Ramala, Palestine, where his funeral and burial was attended and mourned by thousands of people… given a state funeral not occurring since the burial of Arafat.

He was the Pablo Neruda of the Middle East, and most intimately the Palestinians or any displaced nation or persons, giving voice to such tragic and poignant realities that audiences would weep openly at his public readings. I was fortunate to work on the English of translations of his poems with Munir Akash, for a book that appeared from Jusoor and Syracuse University Press, The Adam of Two Edens, as well as the preliminary work on the book from the Lannan Foundation/University of California Press, Unfortunately It Was Paradise. Our last collaboration was State of Siege, published by Jusoor and Syracuse. I also met him and read our versions with him at an Arab Anti-Defamation League gathering in Washington D.C., and heard the careful and deep music of his originals, and noted how often it was accompanied by the sound of the audience weeping.

He began as a political poet defying the tragic political reality of his people, and ended as a lyrical-epic poet, “epic” in that, as Pound stipulated, his poems “contain history.” His rich imagination and passion and his dignity infuse his poems with the proud and grief-stricken representative voice of an entire ethnicity, and his like may not pass by this way again in terms of his towering literary stature and public appreciation.

All lamented fig trees and
cups of pungent coffee

sweet steam in twists above them

All horses tied to fences
lonely without their donkeys

poems but partaking of certain
mosaic resemblances puzzled together

now banished as brutally as he was
into inconsequential territories

at home at last
among departed comrades 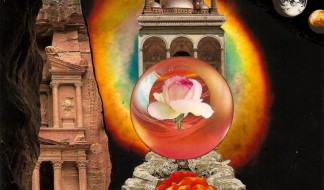 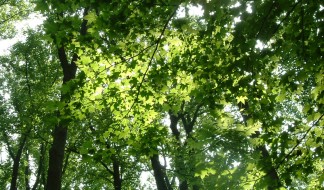 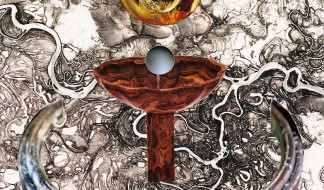