Suppose we start with what’s right in
front of us

Piles of books and a blue thermos full of
water

leaving only its crystally salt skin behind?

Or how to reach from this place to

a simultaneous multiplicity of places
each with its particular

How do we get from where we
are to where we aren’t?

Beneficent Face beyond all clouds and
hills all conflagrations and sweet

resolutions of both conflict and
harmony where only choirs inside

grassblades clods and eyelashes can be
heard ascending scales of

Our mortality can’t define us
but our divine contract can

whose heartbeats constantly sign on the
dotted line before His Majesty

earliest millennia of shade and
light across earth’s billowing waters 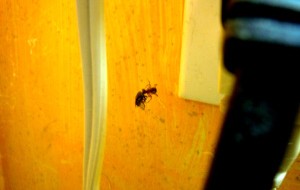