And from whose deepest indications
we enter the world of light

Olivier Messiaen, my favorite 20th century composer, a true mystic, actually envisioned being among the angels, often by putti… 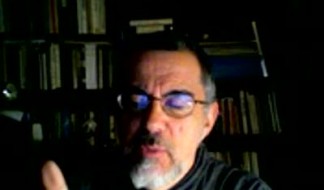 A late-night videoku (attempted spontaneously for a while in 2009), extemporized before hitting the video button (I will confe…

With a Two-Legged Goat & a Flying Fish

Home / Poems / Peace be Upon Him