A rhinoceros —
beady eyes and quite small brain —
is running the war!

I’m sorry… The President of the United States was on the News Hour tonight defending his new strategy to “the nation,” and it was truly pathetic. This man has no grasp of anything beyond sloganized abstractions, even when he’s supposed to be giving details. His thinking is a tight little roundabout circle that goes round and round. He seems to bristle at any idea that he might look at things with more subtlety or even sensitivity. He seems to chortle at death. I can’t figure how this country came to the point where a single man can wage a war now so few people want. But a man so deeply inept and incapable of even thinking straight!

And why a rhinoceros? Plated and built like a tank, it seems the United States under its present President and government can only think militarily about anything. Charging forward blindly… rhino-like…

This blog is a poetry blog, and I am not good at political rant. But I’m 66 now, and I thought that Vietnam (when I marched against and helped shut down the Army Induction center in my hometown of Oakland, California), Johnson, Nixon and Reagan were as bad as it would get in my lifetime… that things would get better. Things seem to me far worse. And I’m frustrated at not storming out of the house and rallying, say, a huge march down mainstreet… with torches perhaps. To defy the tragic injustice “my” government is perpetrating in the world in a bogus because strategically misdirected “war on terror.”

May Allah’s Oceans of Mercy heave in the heavens for everyone on earth these days and redirect the souls of the hard-hearted among us towards peace. 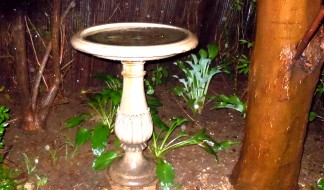 (Note: I attribute the title and theme of this poem, based on the word “Irene” to Shaykh Hamza Yusuf. While we were working on… 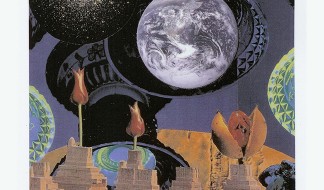 Home / Poems / Haiku / A Rhinoceros is Running the War