It’s always a difficult thing to talk about enlightened saints. One must be a little careful. Once we’ve used the words “radiance,” “at perfect peace,” “wise from a divine source,” etc. words fail to capture the dimensions most of which we cannot fathom anyway of such saintly souls.

One wali in Algeria, Hajj Isa of Laghouat, said that he was told a great shaykh lived in Meknes, Morocco. He got on a train and went west, thinking, “If he doesn’t give me a glass of water right from the first, and if he’s ugly, I won’t accept him.” When he arrived in Shaykh ibn al-Habib’s presence, the first thing the shaykh did was hand him a glass of water. And he was beautiful. So when Hajj Isa took his hand in baya to enter the tariqa, he said he saw deep into the abyss of his nafs. That’s how it is with the most exalted awliyya.

When I first cast my eyes on Shaykh ibn al-Habib it was during a Moussem in his Meknes Zawiyya. We’d been there a few days, but he had a bit of a cold and couldn’t see anyone at first. People gathered from all over Morocco to attend the celebration, and the days and nights were filled with singing and Qur’an recitation, tea and couscous. On the evening of the main event, the zawiyya mosque was filled beyond capacity with every type of man, modern wearing suit and tie, ancient wearing turban and djellaba, young wearing shirt and jeans, and the singing went on for hours, punctuated by hadras. I wondered who the shaykh might be, that amazing looking longbeard weeping at the songs, or that one with eyes closed and tasbih in hand? At last he entered the room, and all those present seemed like nervous adolescents in comparison with this majestically moving mountain of stillness. He entered the room with the sound of his cane, came to the center, spoke a few minutes, and the electric lights dangling from the ceiling grew brighter while he was there. And when he turned and left, the lights went down again.

His face was beyond age and even gender, a sweetness of human being only found in fables. In his presence you were careful not only of your actions, but of your thoughts. Then Muqaddem, Abdalqadir said, “In the presence of a king you must watch your eyes. A wrong glance and you might lose your head. But in the presence of a wali you must watch your thoughts. He sees into your heart.”

Such was being in Shaykh ibn al-Habib’s presence, as it is for all the great awliyya and qutubiyya. As the world truly revolves around them, they are the poles of stability and balance. And we are their satellites, hoping to reflect at least a splinter of their living light.

My Beloved’s Face appeared
and shone in the hour before dawn.

Its light enveloped my heart
and humbly I prostrated

He said: Arise and ask of Me!
Whatever you desire is yours.

I said: You! You are all I need!
I cannot bear to be without You!

He said: My servant, glad tidings are yours.
rejoice in the vision you’ve been given!

You are a treasure for My servants.
You are a reminder for humanity.

Know that all goodness and beauty
in humanity spreads forth from Me.

The attributes of My essence are hidden,
and unveiled in the traces (of creation).

The cosmos is truly only spirit
existing in forms.

While no one who stays apart from us
can taste life’s real sweetness.

Our Lord, bless the one
whose light envelops humanity. 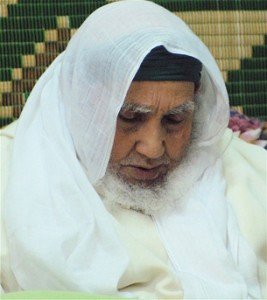 Sidi Muhammad Belkorshi of Turug, one of Shaykh ibn al-Habib’s great disciples, was an almost anonymous vast and blessed wali of the Moroccan desert, and though I never met him personally, those who had told of his absolute concentration on Allah, his incessant du’as and invisible generosities min Allah… (see under poems, With the Saint at the Window/A Wali’s Passing)

Shaykh Moulay Hachim al-‘Alawi al-Belghiti continues the tariqa from Meknes and Casablanca, Morocco, and has overseen the new publication in Arabic, phonetics and English of the Diwan of Sidi Shaykh Muhammad ibn al-Habib. 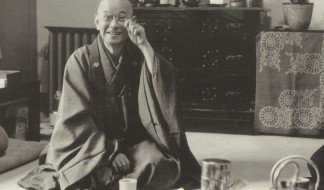